Been a little busy with a new project recently so haven’t had much time to write, but wanted to share quickly about a cafe which I had been to twice this year – Clinton Street Baking Company at Purvis Street.

Was most recently there about a month ago, when I finally got a taste of their popular Fried Chicken and Waffle (S$21++).

Let’s just say I completely approve of using buttermilk – the chicken had a creamy flavour infused in it, which also gave it an extra moistness.

While the honey tabasco sauce gave the dish a nice boost, it got mildly cloying after a few bites. The waffle was nothing to shout about but was a solid base for all the strong flavours in the dish.

Not your typical hipster eggs-and-coffee sort of cafe, Clinton Street is an American-style diner of sorts that is well known for their fried chicken, as well as their pancakes and milkshakes.

But yes, it does serve eggs too. We tried the Smoked Salmon Scramble (S$24++) with 7-grain bread, which was a nice and light concoction.

Not too oily or buttery (surprising, considering it’s an American-style restaurant),  it was on the contrary a little on the dry side. I think there was a bit of cream cheese in it though, which brightened up the overall taste.

The Salted Caramel Milkshake I had was pretty decadent, thick and creamy, though it might be a tad too sweet for some.

Coffee offerings were decent – the cappuccino was sufficiently robust, and the long back had a good amount of crema on it. 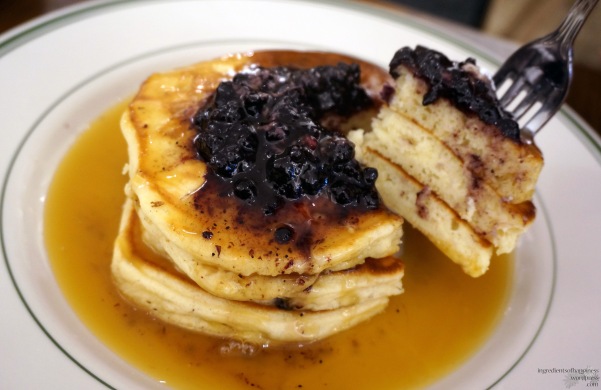 The star of the show has to be their Pancakes with Warm Maple Butter (S$18++) though. Man, were those pancakes fluffy.

We had the wild blueberries version (there’s banana walnut and chocolate as well). The tart, fresh compote of berries was a welcome complement to the soft, bouncy cakes and warm, sweet maple butter sauce.

And surprisingly, it was not too sweet. This is truly one of the best pancake dishes I’ve had in Singapore so far. 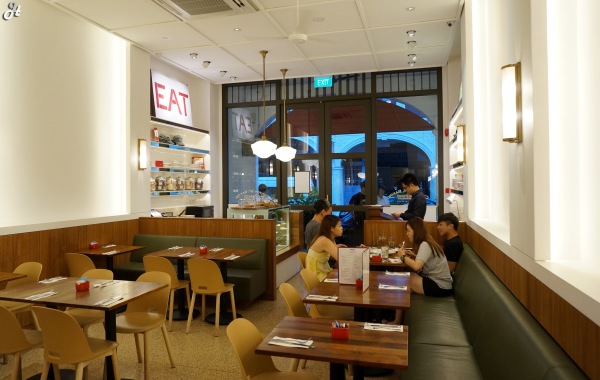 Clinton Street Baking Co. is a little on the pricey side, but it’s one of the few places here where one can get a proper American-style fried chicken and waffles dish. And they certainly do a mean serve of pancakes too!

It can be quite crowded during peak timings (eg. 11am to 3pm) during weekends, but when I went around 3 plus it was no problem finding a seat.