Did you know that Budapest was once two different cities, Buda and Pest?

The charming Hungarian city became one in 1873, but the two sides retained their distinctive characters even till today. Budapest is an absolutely beautiful city, oozing with charm and history at every turn.

Here is my personal take on what you can do in this lovely city in 24 hours. Have fun!

Well, this is mainly a food blog after all.

Stop by Centrál Kávéház perhaps, for a coffee or cake or even a Hungarian beef goulash. This is one of the oldest cafes in the city, which used to be a second home to Hungarian artists, actors, musicians, writers and more since 1887. 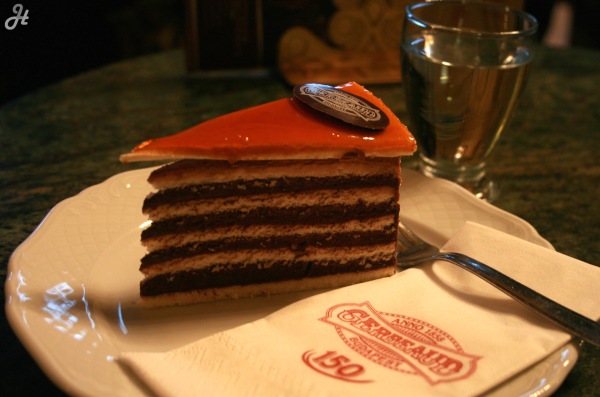 And what you certainly should not miss is enjoying a local cake at the legendary Café Gerbeaud, agreed upon by most to be one of the finest and most traditional confectionery cafe in all of Europe.

Established in 1858, this coffee house has been painstakingly creating delicious, delicate cakes, pastries and the like for over 150 years. Its exquisite grandeur from the past is still evident in the decor, transporting its visitor back in time.

2. Explore the heart of Pest 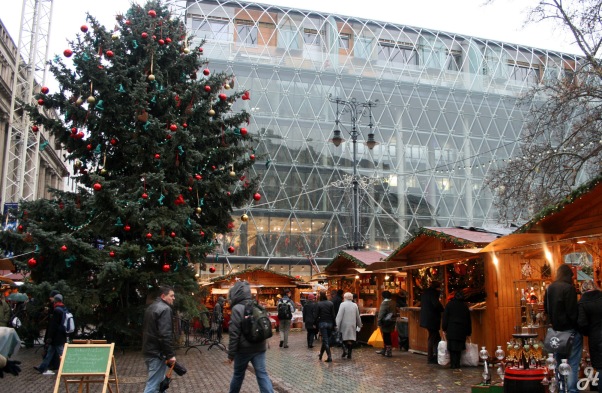 After savouring some of the epicurean delights that Budapest has to offer, while you are at the iconic Vörösmarty Square (where Café Gerbeaud is), be sure to explore this historical central plaza at the heart of pest.

Here is where the city’s lovely Christmas market and other fairs are held. The square also connects to Budapest’s famous shopping street, Váci Utca, which is also worth a visit for its unique atmosphere and local wares.

It was apparently the city’s main thoroughfare in the past, which means, like in other European cities, the street is quite wide, opulent and with remnants of beautiful historical trimmings all along it.

3. Stroll down the picturesque Andrássy Avenue to Heroes Square (or take the ancient metro)

I absolutely love it when cities progress while paying tribute to their history and the story of how they came to be. Heroes’ Square features a mix of statues and monuments that commemorate various things – past national leaders, political events, death of heroes and more.

While I don’t claim to know or remember all the names and events, it was for me an invigorating feeling to be at a site with so much history and meaning, especially for their country.

The recommended way to get here is via Andrássy Avenue, which is full of sights and is a World Heritage Site. However, if you are short of time and tired from a lot of walking already like me, you could also take the Millennium Underground, the first subway line in continental Europe (which is an experience in itself).

4. Take a nice long soak in a hot springs bath

Budapest is well known for its hot springs and the many ancient bathing houses that pull water from these sources for their pools. There are many you can visit, but one of the more popular ones is the Szechenyi Baths, lauded as the largest medicinal bath in Europe.

It is also conveniently located close to the Heroes Square so you can take a walk there in the cold (in autumn or winter) after your sightseeing and then get warm and toasty in the waters of Szechenyi.

Built in 1913, the bath house has over 20 pools, saunas, steam rooms, massage and facial treatment areas, and is a favourite amongst locals and tourists alike for a relaxing soak by day or by night. You might even spot people playing chess in the pools (I did).

5. Climb up Gellért Hill for amazing views of the Danube River 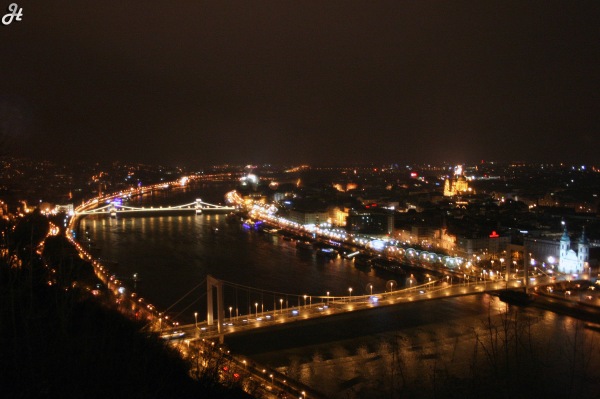 The walk up the 235m high Gellért Hill is really not as daunting as it might seem. To be fair, I was a little apprehensive about walking up the hill alone at night, but as with all things in life – you take a few risks at times but try your best to be alert and careful in such situations…

But the wonderful panoramic view of the city and its bridges across the Danube was pretty worth the (dark and cold) trek. You might want to visit this hill in the day when the surroundings are less creepy, but hey, the night skyline views were pretty breathtaking. 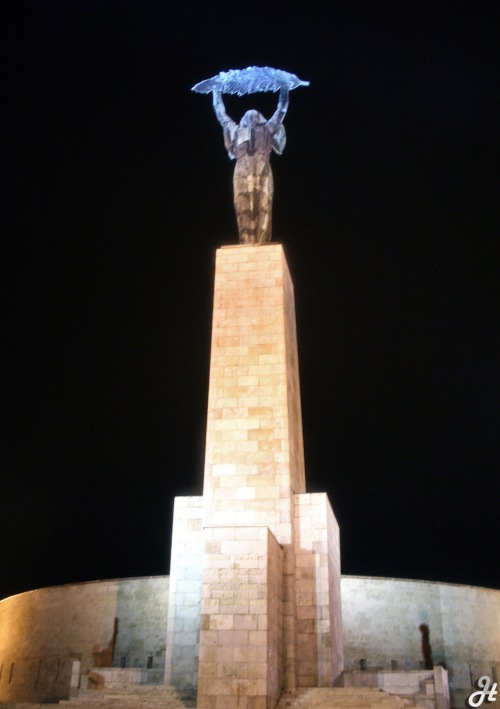 At the top, the city’s Statue of Liberty stands tall, a symbol of the country’s liberation from Nazi rule. By the way, Gellért Hill is also a UNESCO World Heritage Site, as are many of the attractions in this city are. 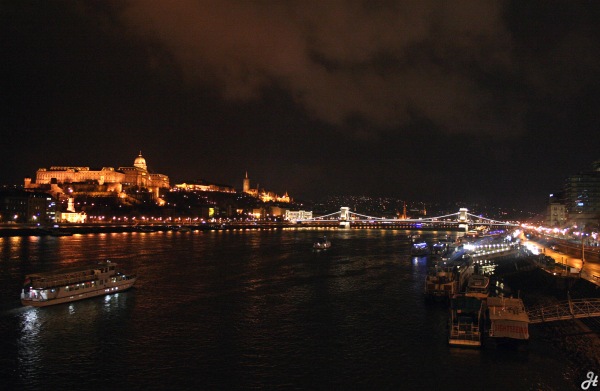 I unfortunately didn’t have time to visit the Buda Castle, but perhaps you can?

And so concluded my whirlwind tour of the city of Budapest as a solo female traveller. Even though our time together was brief, this historical, beautiful city with so many things to see became one of my favourites in the world.